From back in the day, when we as cavemen discovered that shouting “urgh” at our fellow species resulted in a confirmed “urgh!”, we thought we could control our brain better than it controls us.

Carry that through to today, and we think that if we know our points, have a good visual aid, and get some beauty sleep, talking in front of our fellow ex-cavemen will go swimmingly.

Because we have prepared, and that is logical.

On the day we are to stand up and make our points heard by some fellow humans,
we think we’ve got it down.

Until the far too familiar palm sweat stains the table as we stand up. We try to walk over to our solid friend the computer who is lying ready for us to team up, but instead we realise that we need to relearn to walk because our steps are definitely too short, and have we always walked this loudly? Our hearts throb, and the first word we say can take an eternity to stutter out, only to be followed by one of the largest swigs of water we’ll ever take in our lives.

Ok, it’s a bit of an exaggeration – but chances are, that even if you don’t suffer with all the symptoms of the fear of public speaking, you’ve got your own memory of at least one of them. What happens to our brain when we present? 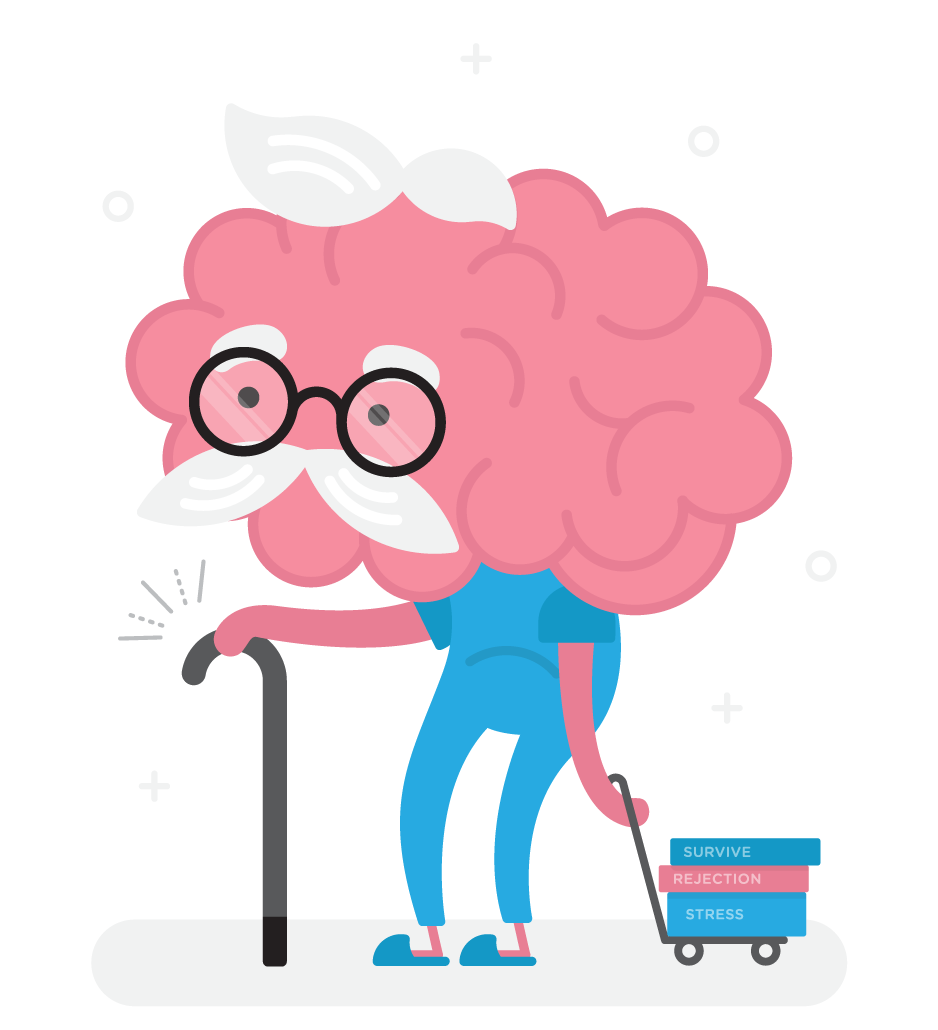 For a medical explanation, I’m going to paraphrase largely from this beautifully written article by New Zealand based presentation trainer Olivia Mitchell on what happens to our brain when we present. In short, she makes the distinction between our old brain, our new brain, and our midbrain. All three of these sections interact with each other, and none of them can be solely accountable for Glossophobia (the fear of public speaking).

Our old brain focuses on the environment and scans around for things which might put us in danger.
One of those dangerous scenarios was the rejection from a group, and consequently having to survive alone. Today when we get up to present in front of a crowd, it has the same terrifying effect. Our old brain screams at us to not to say something stupid otherwise we might DIE.
This seems stupid right?
Well, yes. But it’s how we’re all built.

Our midbrain isn’t much better at helping us get over the fear of what happens to our brain when we present either.
This is the part of our brain which regulates our emotions, and all too well remembers negative past experiences. Anything which you may remember as a bad public speaking experience, no matter how long ago will be remembered here as if it were yesterday, with our emotional reactions. Find breathing difficult when you’re presenting? This could go back to a story as long ago as a high school poetry reading, and a surprise attack of the hiccups.

Our new brain sadly doesn’t come to the rescue here. Instead coming in with a kicker. It is the part of our brain which uses our current concerns as alarm bells. “Oh no, there’s the big boss! If I mess this presentation up, I’ll never get promoted.” Sound familiar?

How to tackle what Happens to our Brain 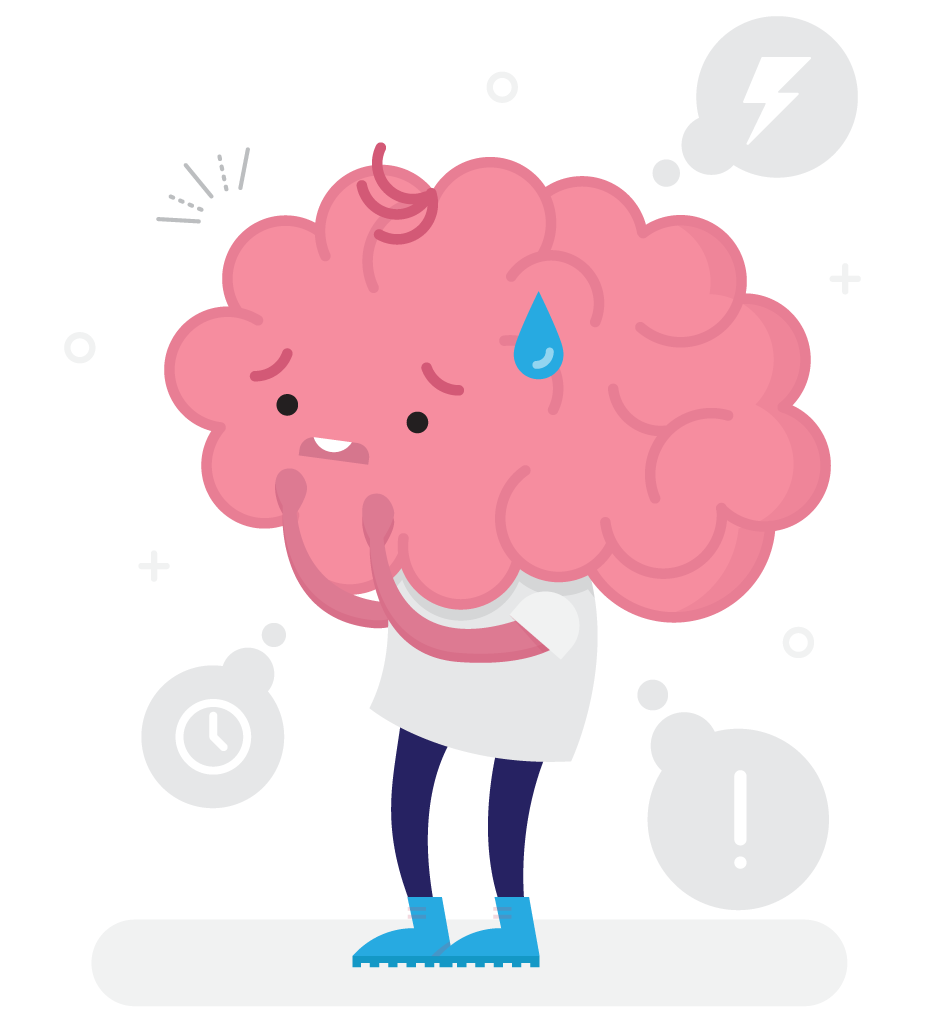 Every person reacts differently to the fear of public speaking, but a lack of adrenaline entirely is uncommon. Luckily, there are many ways of getting round what happens to our brain when we present, and each of them is well documented, from blogs, to youtube diaries,and lectures to books. So giving just one piece of advice for getting over the fear of public speaking would be foolish.
Unless it’s this: Only you can work out how best to deal with your three brains. You heard it first here ‘folks.

Only you can work out which part of your brain is tripping you up the most, and then take a course of action.

First tip. If it’s your old brain that is making your palms sweaty, knees weak and arms heavy, then you’re probably confused why your body reacts so strongly in the few seconds before presenting. Instead than enact the calm and confident version of you that you’ve both agreed on. You’re more likely to be able to control your fear through one practice – practice. Any time an opportunity to do public speaking comes up, you grab it. This will allow your old brain to eventually become overpowered by your new brain who will learn over time  “Hey, this is actually kind of cool”

If you know that forgetting the words in your high school play was a super memorable moment in your life, then you probably also know after getting this far that it’s the midbrain that’s getting you down. Dealing with the midbrain can be very successful through the use of Cognitive Behavioural Therapy (CBT) techniques.

CBT can be very a very effective way for some individuals to apply logic to the way their body reacts to certain things, and find ways to stop it doing its own thing. It relies on exercises which you do yourself to trick your own brain with logical reasoning. For example, one well tried technique is to prepare for your presentation by immersing yourself in the situation mentally, using all five of your senses, to prepare what happens to your brain when you present.

This article in The Guardian nails down the steps you can take before presentations using CBT. But essentially, the process consists of you using your own imagination, and adding a little research of the space you’ll be presenting in. All to trick your midbrain into believing that you’re not in danger. 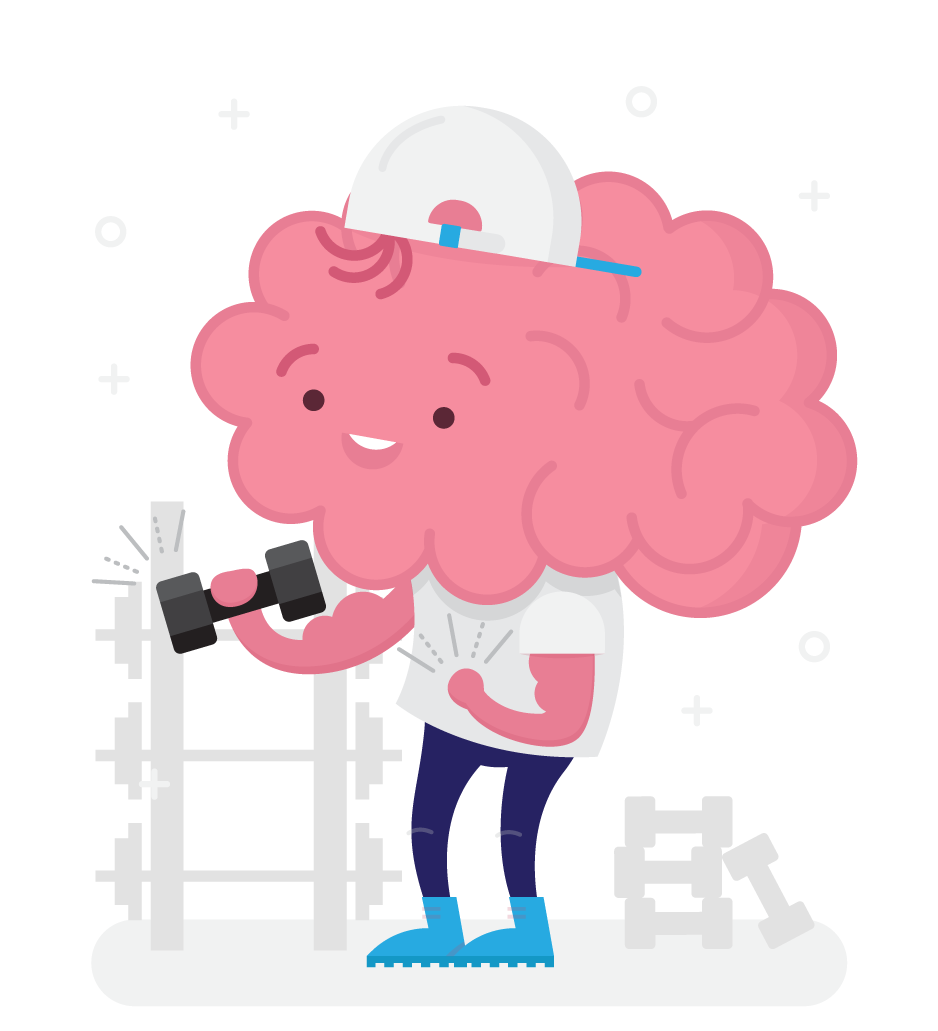 If it’s not your old brain, or your midbrain that’s goofing up, then it’s probably your new brain who is using your own logic against you. This might be the hardest pattern to break. As when we’re presenting, the frustrating concoction of “I must remember my lines, say the right name of the company, AND make sure I don’t go red”, can make anyones mind busy enough without trying to reason with ourselves. But this is what you have to do. Talk to yourself, out loud if need be, and address your fears. If you’re concerned that the data show won’t work, or that the audience might ask you a difficult question, speak to yourself as you would to a friend.
It’s not the worst thing that could happen, and if it does, the best way to handle it would be to just be yourself, and not to panic. Maybe even prepare a joke to break the ice if something does go wrong – sometimes even a little sarcasm can go a long way. Something as simple as “Well, this amount of people definitely isn’t terrifying”, can do wonders to calm ourselves down when we hear a chuckle from the audience.

Our brains are complex systems, and as much as we like to think that we can beat them, sometimes it’s us who are left defeated. Knowing a little more about them, and accepting that maybe we don’t know what happens to our brain all the time can be the key to defeating the beast inside.

Our brains have three bits. One is an oldie, the other is a child, and the other an emotional wreck.
Figure out which one is triggering your nerves, and practise controlling it with the right antidote.